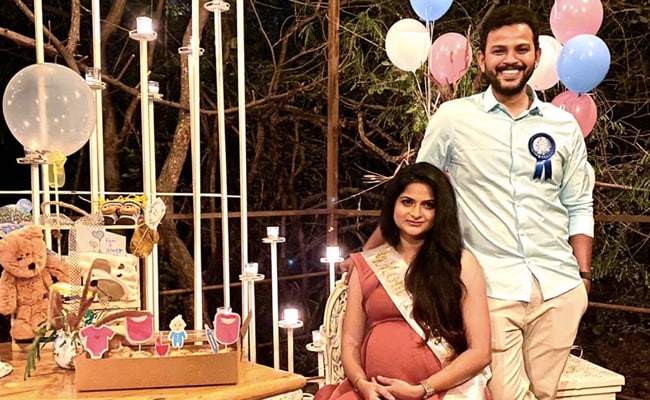 The 33-year-old MP and his wife expect their baby to arrive anytime in the next week.

A Telugu Desam Party (TDP) parliamentarian has sought nine days of paternity leave from the Lok Sabha Speaker during the ongoing Budget Session of the House. Srikakulam MP Ram Mohan Naidu Kinjarapu’s request, along with his reasoning, mark a rare instance of gender parity, especially in the mater of childcare, being taken seriously in India.

Mr Kinjarapu has written to Lok Sabha Speaker Om Birla seeking leaving of absence from the House from January 29 to February 10, during which time he is keen on being “an equal contributor in the care and progress of our child”. The 33-year-old and his wife Sravya expect their baby to arrive anytime over the coming week.

“I am eager to stay by her side during the last phase of our pregnancy, and for a few days post the coming of the baby,” Mr Kinjarapu wrote in his request for paternity leave. “In addition to nutrition, nurturing relationships and a secure environment in the early days of a child’s life shape it’s well-being and cognitive development…Childcare should not solely be the responsibility of the mother. I look forward to being an equal contributor in the care and progress of our child.” 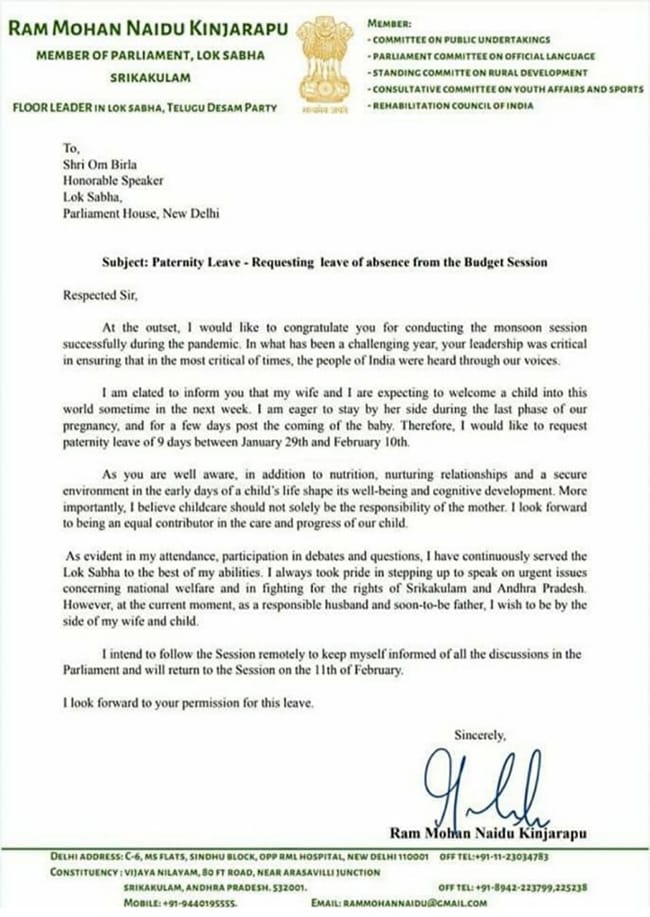 Speaking to NDTV, Naidu said he had good attendance in Parliament and thought it best to put on record the reason for his absence over the next few days.

“I wish to be by the side of my wife and child as a responsible husband and soon-to-be father. I intend to follow the session remotely to keep myself informed,” he said.

His request puts him in a rarefied group in a country where childcare is largely viewed as a woman’s exclusive responsibility. Recently, Indian cricket captain, Virat Kohli, returned mid-way from his team’s tour of Australia, only to be with his expectant wife Anoushka Sharma at the time of the birth of their child.

Healthcare Workers Need Not Report To Work On Day Of Vaccination: Delhi Government

Woman Harassed By In-Laws For Refusing To Give Son For Adoption: Police