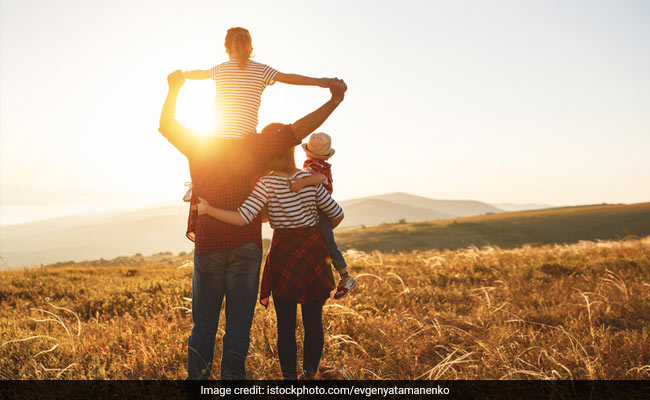 Expanding the definition of children, parent and relative in a draft bill will leave no scope for any legal ambiguity, a parliamentary standing committee report said.

The standing committee evaluated the Maintenance and Welfare of Parents and Senior Citizens (Amendment) Bill, 2019.

“The committee deem it to be a significant measure as maintenance may now be claimed from all admissible relatives/legal heirs of parents and senior citizens. Further, the above change in the definition of ”children” has also been concomitantly reflected in the definition of ”parent” in the Amendment Bill,” it said.

They also noted that with the revised definition of ”relative” in the Bill, wherein minors have been included in the category of ”relative”, senior citizens would now be able to claim maintenance from minors, too, through their legal guardians.

“The Committee further note that the definition of ”welfare” in the Amendment Bill has been expanded to include provision for food, clothing, housing, safety and security, medical attendance, healthcare, treatment, recreation and other amenities necessary for physical and mental well-being of parents and senior citizens which has given welfare oriented impetus to it in actual sense,” it said.

“Overall the Committee opine that the modified definitions in the Amendment Bill will impart a practical, holistic and broader orientation to the MWPSC Act, 2007, thus leaving no scope for any legal ambiguity,” it said.

The Social Justice and Empowerment Ministry told the committee that the expansion of the existing definition will enable parents/senior citizens to claim maintenance allowance from all admissible relatives.

The bill also proposes removal of a ceiling of Rs 10,000 as maximum maintenance amount to be awarded to parents/senior citizens which the government told the standing committee will ensure that it is fixed according to the needs of parent and senior citizens and capability of children or legal heirs to pay the maintenance allowance based on their earnings.

“This will help parent/senior citizens to lead a life of dignity which is commensurate with their normal standard of living,” the ministry told the standing committee.

The committee is happy that the government has finally acknowledged that maintenance includes more than a mere sum of money. The concept of maintenance has been rendered complete and holistic now, by the above amendment, the report said.

Another noteworthy aspect of the amendment is that the tribunal may now take into consideration the standard of living and earning of the parent/senior citizens or of the children or relative, while determining the maintenance, it said.

The committee also welcomed the substitution of another important subsection pertaining to the publicity of the maintenance order. It is convinced that the pasting of this order on the notice board of the tribunal and its availability on the website of the department concerned will encourage other harassed parents/senior citizens to seek legal redress of their grievances.

“Fearing social disgrace, it could also act as a deterrent for children and relatives to properly attend to the needs of the older persons in their respective families,” it said.

The committee view it as a landmark change to ensure that senior citizens can easily approach the police in abuse/abandonment cases, provided this clause is implemented by all states promptly. They feel that the police should be the first point of contact for grievance redressal in such cases, much before the courts or tribunals come into picture, the report said.

It suggested that provisions for training and sensitisation of the nodal officers and special police unit should also be made in the rules to be framed after the enactment of this bill.

The said amendment bill was introduced in the Lok Sabha in December 2019 and was referred to the standing committee on social justice and empowerment for examination.

10 Killed, Several Injured In Bus-Truck Collision In UP, Rescue Ops On