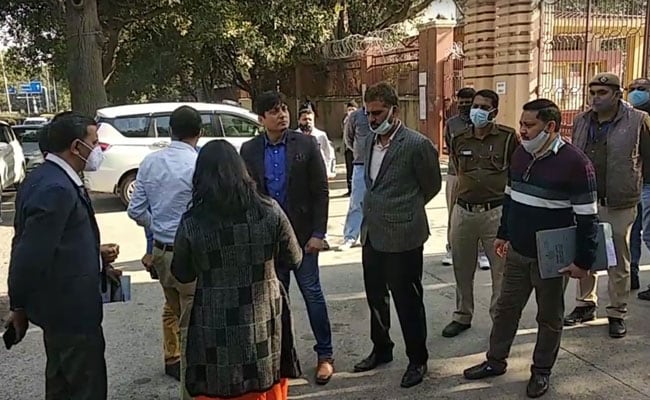 A team of six forensic scientists from Gujarat examined areas in and around the ITO junction in central Delhi – one of several spots in the national capital that witnessed violence during the farmers’ tractor rally on Republic Day – on Sunday afternoon.

The FSL (Forensic Science Laboratory) team will also examine the 400-year-old Mughal-era Red Fort – the scene of yet more violence on Tuesday after a group of protesters broke off from agreed routes to drive their tractors into the complex, and climb the ramparts to raise a Sikh religious flag.

Police, who repeatedly appealed for calm and urged protesting farmers to stand down and return to the agreed routes, finally resorted to firing tear gas and lathi charges to regain control.

Visuals showed war-like scenes at many places, with security forces – including the police and paramilitary forces like CRPF and RAF – sometimes outnumbered. 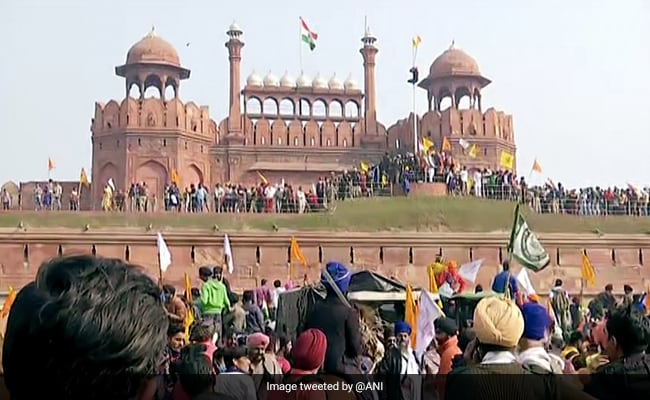 The ITO junction, which is only a few kilometres away from the VIP zones of the national capital, was also where a protester died during the violence. Uttar Pradesh Police have said a post-mortem report showed the man – a farmer from Rampur – died from injuries received in a tractor accident.

Delhi Police, which is handling the investigation into the violence, has filed 38 cases and arrested 84 people so far. The Crime Branch on Saturday told news agency PTI that it would also scour over 1,700 mobile phone video clips and CCTV footage to identify those involved in the violence.

The police have also filed cases against journalists and others, including Congress MP Shashi Tharoor, for misleading people over the death in the ITO area.

Apart from the death, hundreds of security officials were injured in the violence.

The farmers have alleged a conspiracy to derail their, until now, largely peaceful protests, and have blamed Punjabi actor Deep Sidhu of leading that conspiracy.

Sidhu was named in a case, police sources told NDTV this week, as have more than a dozen farmer leaders and Swaraj India chief Yogendra Yadav.

Police notices were sent Thursday and those named were given three days to respond.