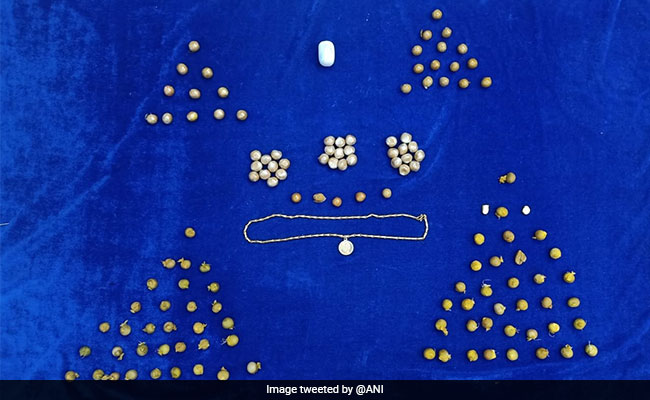 The accused informed that they had swallowed gold paste capsules before departure.

The Chennai Air Customs has seized 4.15 kg gold worth over Rs 2.17 crore at the Chennai airport and arrested seven people after busting a smuggling racket, in which the passengers were found to have swallowed capsules of gold paste wrapped with polythene/rubber cover.

In a press release on Sunday, the Chennai Customs revealed that the passengers were intercepted at the exit by Air Intelligence Unit officers on suspicion of carrying gold after they had arrived from Dubai and Sharjah on January 22.

A total of 161 capsules weighing 2.88 kg and valued at Rs 1.28 crore were recovered from the stomach of all 8 passengers, the Customs department said.