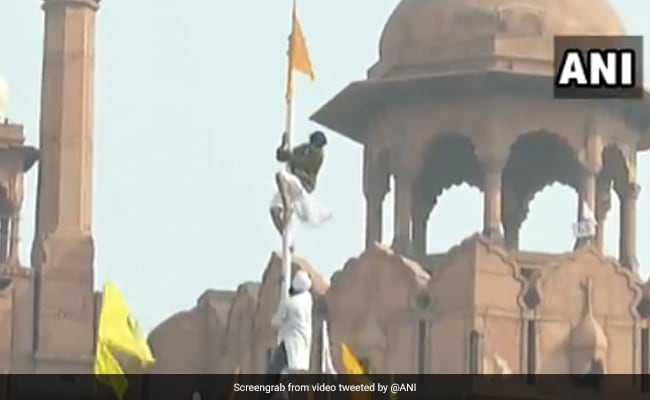 The Delhi High Court on Monday dismissed with cost of Rs 10,000 a public interest litigation (PIL) seeking action against the police and intelligence officials concerned for their “failure” in “anticipating and controlling” the farmers’ protest on Republic Day leading to their forced entry into the Red Fort.

A bench of Chief Justice DN Patel and Justice Jyoti Singh declined to entertain the PIL saying it was too early for the court to interfere in the issue as the police has registered cases in the January 26 incident.

The tractor parade on January 26 that was to highlight the demands of farmer unions to repeal three new agriculture laws dissolved into chaos on the streets of the national capital as protesters broke through barriers, fought with the police, overturned vehicles and hoisted a religious flag (the Nishan Sahib) from the ramparts of the iconic Red Fort.

Joginder Tuli, the chairman of the petitioner NGO, confirmed that the court has dismissed the petition with costs of Rs 10,000.

The NGO, Delhi Citizen Forum for Civil Rights, in its petition had claimed that the incident occurred due to major lapses in the security set up and also violated the national honour as instead of the national flag a religious one was hoisted at Red Fort by the farmers on Republic Day.

The NGO had contended in its petition that the “violent turn of a peaceful protest/rally especially on Republic Day casts a huge doubt on the security agencies and their preparedness to deal with criminal or even terrorist activities especially in the capital of India”.

On January 12, the Supreme Court had stayed the implementation of the contentious new farm laws till further orders and constituted a four-member committee to make recommendations to resolve the impasse over them between the Centre and farmers’ unions protesting at Delhi borders.

Thousands of farmers, mainly from Punjab, Haryana and western Uttar Pradesh, are protesting at various border points of Delhi for over two months now against the three laws — the Farmers’ Produce Trade and Commerce (Promotion and Facilitation) Act, the Essential Commodities (Amendment) Act, and the Farmers (Empowerment and Protection) Agreement on Price Assurance and Farm Services Act.

Jammu And Kashmir To Get Gas Pipeline Project: Finance Minister