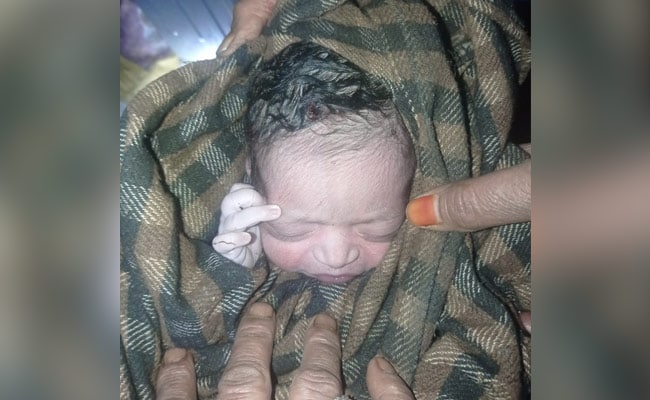 The lady and newborn were later taken to Kalaroos Hospital and admitted.

A woman in Jammu and Kashmir’s Kupwara district gave birth in an Army ambulance while on way to a hospital, a defence spokesman said. The lady and newborn were later taken to hospital and admitted.

In the early morning hours of Monday, Kalaroos Company Commander received a distress call from a Asha Worker requesting for immediate evacuation of a patient in labour pain in Narikoot to hospital, as ambulance could not honour their request due to snowfall.

Immediately an Army vehicle, accompanied by a medical team, was sent to Narikoot to evacuate the patient.

On the way to the Hospital, the Asha Worker accompanying the patient requested the team to park the vehicle on the roadside as the patient’s condition was serious.

With the help of the Army Medical team, she carried out the delivery inside the vehicle.

A baby’s cry from inside the Gypsy announced her arrival into the world and brought joy and delight to everyone involved in the delivery.

The lady and newborn were later taken to Kalaroos Hospital and admitted.

The Company Commander congratulated the family with gifts and felicitated the brave Asha Worker, for her confidence in Army Medics and her decisiveness in odd circumstances.