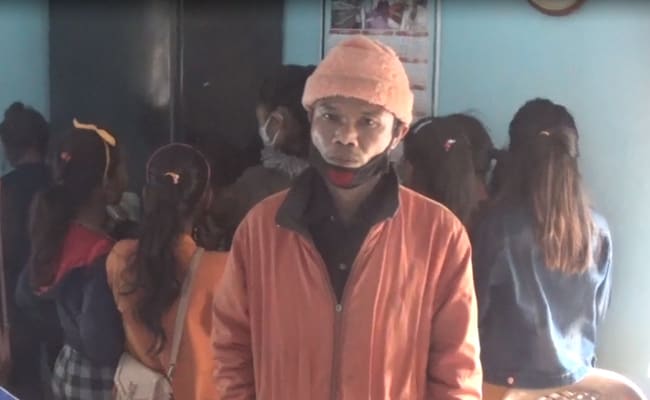 All the children are from a Bru Refugee camp in Kanchanpur

Taking advantage of the poor financial condition and the “stateless” circumstances of the Bru refugees who have been residing in relief camps in North Tripura since 1997, rampant trafficking has begun.

In the most recent bust, Tripura Police has arrested a man from Chandrapur Inter State Bust terminal in state capital Agartala where he had allegedly brought 11 girls, nine of whom are minors, to be introduced in “affluent households” as house help.

Sangeeta Barui, a childline worker said, “We received a complaint of a man along with 11 children at the ISBT who had raised alarms of the locals. Before we could reach the Bus Terminal, the locals there handed him over to the police and police brought them here (Child Welfare office of East Agartala).”

All the children are from a Bru Refugee camp in Kanchanpur, a Mizoram-bordering subdivision in North Tripura where most of the 5,400 Bru families, displaced from the neighbouring state following an exodus in 1997, reside.

The man, yet to be identified, detained at East Agartala Police station, said, “The parents of all the girls have on their accord sent their children to work in Agartala. I wasn’t trafficking them, they came on their own with the blessings from their parents. If they work here (in Agartala), in the affluent families, they will be able to send money for their parents back home.”

Though a Quadripartite Accord was signed in January last year between the Centre, Tripura, Mizoram and the Bru refugee leaders agreeing to settle them in six different parts of Tripura and a package of Rs 600 crore was allotted by the centre for their rehabilitation, the process has hit a roadblock.

North Tripura saw a widespread anti-Bru settlement protests spreading from Kanchanpur subdivision to throughout the district in several violent spates demanding that the district will only take 500 of the refugee families.

Meanwhile, the refugees continue to live in a situation of statelessness without any employment or proper documents taking advantage of which, they are engaged in such trafficking or used as un-organised labour at below market rate.

Sangeeta Barui, from East Agartala Childline said, “We have conducted medical examination of the girls and will forward to shelter. We have also received tip off on other minors working in houses in Agartala from which, we will rescue those children soon.”

Facebook Turns 17, Celebrates It With a Custom Animation About Friendship

Rs 4 Lakh For Those Killed By Flood, Experts Studying Cause: Uttarakhand

Punjab Okays Excise Policy For Next Fiscal, Plans To Mop Up Over Rs 7,000 Crore