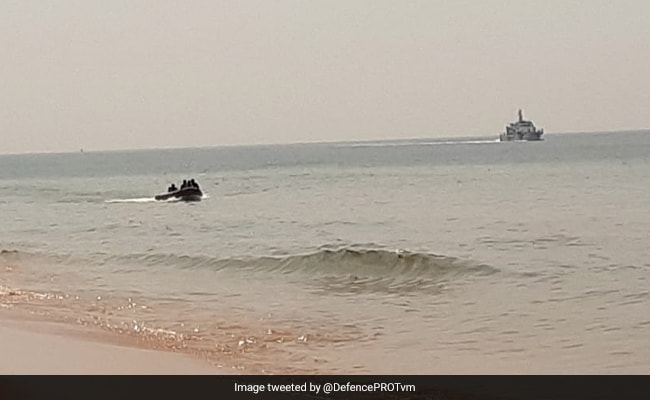 According to assessment, 5,000 litres of furnace oil from Travancore Titanium Products had leaked.

The Kerala government on Thursday set up a three-member committee to conduct a probe into the leak of about 5,000 litres of furnace oil from state-owned Travancore Titanium Products Ltd into the sea.

“A detailed probe is needed on the matter as it has come to notice that the leakage has caused some environmental issues,” Industries minister EP Jayarajan said in a release.

Various organisations took out a march to the company this morning demanding compensation for the fishermen.

According to the latest assessment, about 5,000 litres of furnace oil from the Travancore Titanium Products had leaked into the sea on Wednesday over a one km stretch.

Local fishermen had first spotted the leak from the pumping line to the boiler, which had spread from Veli to Shangumugham area and alerted TTP officials and authorities concerned.

Company officials said the leak had been plugged within half-an-hour and the cleaning operation initiated with the help of locals.

The cleaning process on the beach is still on and the company’s employees, including women, are participating in the  drive, according to sources.

TTP is a pioneer manufacturer and distributor of Titanium dioxide Anatase grade pigment.

Apple’s Anticipated Mixed-Reality Headset Could Be Priced at $3,000: Report

Chocolate Day: 5 Reasons Why You Cannot Fall In Love Without Chocolate