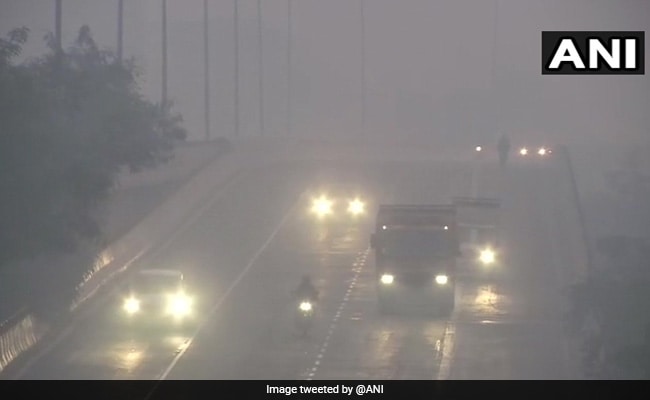 The air quality in the national capital was recorded in the “very poor” category. (Representational)

A cover of “moderate” fog enveloped Delhi on Friday morning, with the city recording a minimum temperature of 10.2 degrees Celsius, MeT officials said.

The maximum temperature was recorded at 27.4 degrees Celsius.

“The maximum and minimum temperatures will be around 27 and 10 degrees Celsius, respectively,” it said.

The air quality in the national capital was recorded in the “very poor” category. The air quality index (AQI) was 345 in the evening compared to 331 at 9 am, real-time data of the Central Pollution Control Board (CPCB) showed.

According to Ministry of Earth Sciences’ air quality and weather forecasting system SAFAR, the AQI is likely to stay in the “very poor” category for the next two days.

Due to the fog, visibility was reduced in many parts of the city in the morning hours. It was around 400 metres at Safdarjung and 500 metres at Palam at 8.30 am, a MeT department official said.

Cop Transferred After 17 Arrested For Gambling In Delhi: Police

A Memorial For Lives Lost To Covid And Unsaid Goodbyes