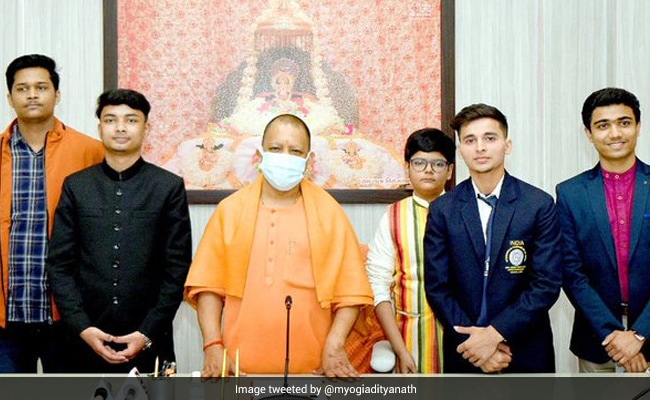 Uttar Pradesh Chief Minister Yogi Adityanath on Saturday felicitated five recipients of the Pradhan Mantri Rashtriya Bal Puraskar 2021 from the state, saying their success was the outcome of their honest efforts driven by positive intentions.

Acknowledging the awardees’ achievements as the “hallmark of UP’s brimming talent, potential and uniqueness”, the CM applauded their accomplishments by honouring each of them with a cash prize of Rs 51,000 along with a tablet, an official spokesman said.

Speaking on the occasion, he said others should also derive inspiration from the achievements of these brilliant children who did not only work towards identifying their talent but with constant hard work driven by positive intentions also achieved a success which has made the entire state and nation proud.

While interacting with the children and their guardians, he emphasised the importance of self-analysis and said every child has something unique and special in him and they all just need to identify their potential and work towards refining it.

He also asked parents to encourage their children to make complete use of every chance they get, as any opportunity might lead to great success.