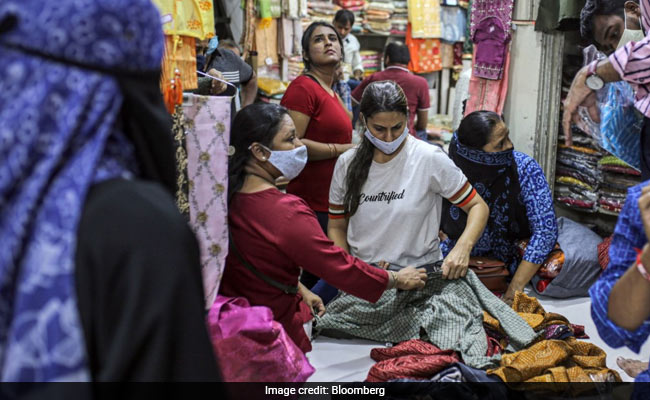 A customer browses through clothes inside Mangaldas Market in Mumbai

For the home to the world’s second-largest Covid-19 outbreak, life in India is almost back to normal.

Shopping mall parking lots are full again. Stores are buzzing, and there are long lines for hair salons and restaurants.

“We just got fed up sitting at home, for how long can you do that?” said Kaniz Zehra, a 32-year-old stay-at-home parent to a toddler and a 5-year-old. In recent months, she’s flown for two domestic holidays; last month, she braved the crowds at the DLF Mall of India, one of the country’s largest, outside of New Delhi.

“Initially there was a fear of getting the infection,” she said. “But now it appears it hasn’t affected Indians as badly as it hit people in other countries.”

While the U.S. and large swaths of Europe remain in crisis and China stays vigilant over new outbreaks, concerns about Covid seem to have ebbed across India. Infection and death rates have dropped, and as shoppers like Zehra re-emerge, the economy and consumer companies are posting strong gains, far sooner than most expected. 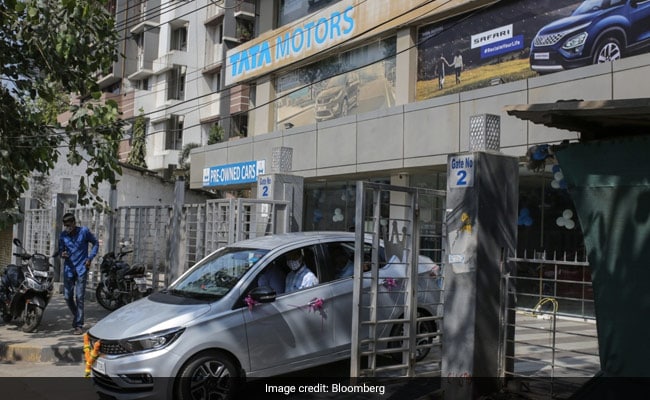 A vehicle exits a Tata Motors Ltd. dealership in Mumbai

The steady decline of reported Covid infections in India has puzzled scientists, especially given that many countries are battling second, third and fourth waves. Since daily cases peaked close to 100,000 in September, new transmissions have dropped nearly 90%. Deaths have fallen by a similar rate, from more than 1,000 a day in September to fewer than 100 now.

Epidemiologists have questioned those numbers, pointing to low rates of testing and habitual underreporting of causes of death, particularly in rural India. But even if the numbers are artificially low, a lull in the country’s Covid wards suggests the trend is real.

Government economists are predicting 11% economic growth for the financial year that begins April 1, enough to reverse the 7.7% contraction in 2020. “Consumer confidence is reviving,” Reserve Bank of India Governor Shaktikanta Das said in February, pointing to renewed domestic migration, growing demand for energy and electricity and other indicators.

Already, some of the nation’s largest retail and consumer companies are reaping the fruit of Indians’ pent-up demand. Reliance Industries Ltd. posted record profits for the quarter that ended in December, buoyed by billionaire Mukesh Ambani’s growing bet on retail. Aditya Birla Group’s fashion retail business also reported quarterly profits, after a corresponding loss in the same period a year ago.

Unilever Plc’s local arm posted a 20% jump in sales for the fourth quarter. “India after a very difficult period with the virus is bouncing back quickly,” Unilever’s Chief Executive Officer Alan Jope said in an interview with Bloomberg Television this month.

Passenger vehicle sales have ramped up, along with the import of electronic goods. Traffic at India’s airports and on the roads has picked up. Nomura Holdings Inc.’s India Business Resumption Index showed a sharp increase earlier this month, coming within 3.5 percentage points of its pre-pandemic level. 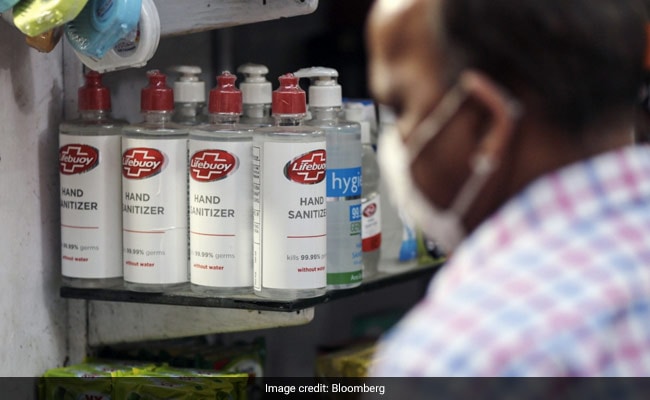 Bottles of Hindustan Unilever Ltd. Lifebuoy hand sanitizers at a store in Mumbai

“In Mumbai and Delhi — the two main cities in India which were also the worst affected — life certainly seems to be back to normal in terms of movement,” said Abhishek Gupta, who covers India at Bloomberg Economics.

Returning confidence has so far been offset by worsening poverty, with an estimated 85 million swelling the ranks of the newly poor, especially migrant workers who fled urban centers during last year’s lockdown.

Prime Minister Narendra Modi is hoping that the vaccination drive that began in January will spur a wider recovery. So far, vaccine uptake has been slower than officials hoped, the rollout beset by technical hiccups. Frontline workers have also reported skepticism about the shots, following the hasty approval of a local shot before it reached final-stage tests. 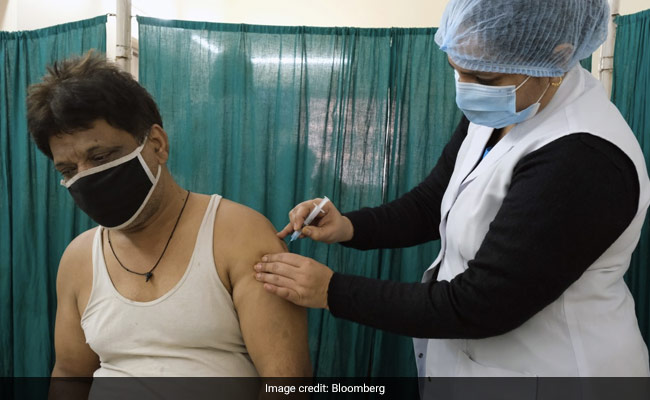 “I don’t think anyone really thinks that without vaccines and a vaccination program being widely available that we can go back to whatever is full normalcy,” said Sireesha Yadlapalli, a Hyderabad-based senior director at the United States Pharmacopeia, a 200-year-old scientific nonprofit organization. “Hopefully this is the slowdown and there’s no second wave.”

It’s too early to say whether India’s current resilience will persist. Some experts have speculated the country has already achieved herd immunity. A study conducted in the southern state of Karnataka signaled just under half its more than 60 million residents had been infected by August, a number more than 90 times higher than the official figure at the time.

Others have also pointed to India’s youthful population or to unproven theories that widespread exposure to a high number of tropical diseases confers some protection against Covid. For now, though, “there has been a reduction in fear,” said T. Jacob John, former head of the Centre for Advanced Research in Virology at the the Indian Council of Medical Research. “Whether the South African variant will breech the immunity wall and create a second pandemic with India participating with a new wave — is unpredictable.”

–With assistance from Sanjit Das.