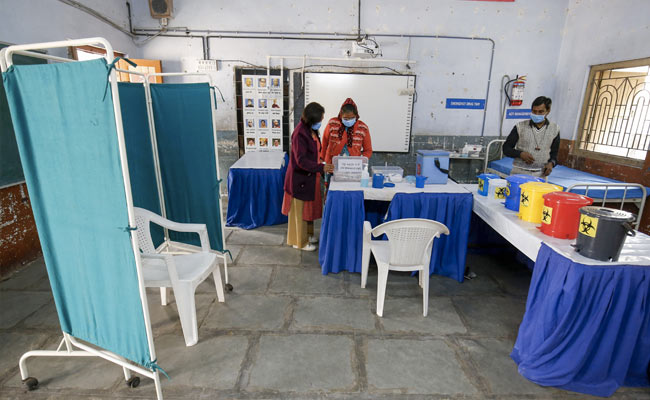 The countrywide inoculation drive was rolled out on January 16. (Representational)

Over 90 lakh COVID-19 vaccine doses have been administered till now and no case of serious or severe adverse event following immunisation or death attributable to vaccination has been reported, the Union Health Ministry said on Wednesday.

The countrywide inoculation drive was rolled out on January 16 and vaccination of frontline workers started from February 2.

The joint secretary added that 68.5 per cent of the healthcare workers registered on the Co-WIN application have been administered the first dose.

Twelve deaths have been reported in hospitals while 17 deaths outside hospitals, the official said.

He said a total of 29 deaths have been reported which accounts for 0.0003 per cent of the vaccinations.

One new death post-vaccination has been reported from Rishikesh, Bhandari said, adding that the 24-year-old man died due to viral encephalitis (herpes simplex).

He died 12 days after vaccination, the official said.

Mr Bhandari said nine states and union territories (UTs), including Bihar, Madhya Pradesh, Tripura and Uttarakhand, have first does vaccination coverage of healthcare workers at more than 75 per cent.

Eight states and UTs, including Delhi and Punjab, have less than 50 per cent coverage of first dose among healthcare workers, he said.

Mr Bhandari said 12 states and UTs have recorded more than 40 per cent coverage of first dose among frontline workers. These states and UTs include Bihar, Jharkhand, Haryana and Chhattisgarh.

Healthcare Workers Need Not Report To Work On Day Of Vaccination: Delhi Government