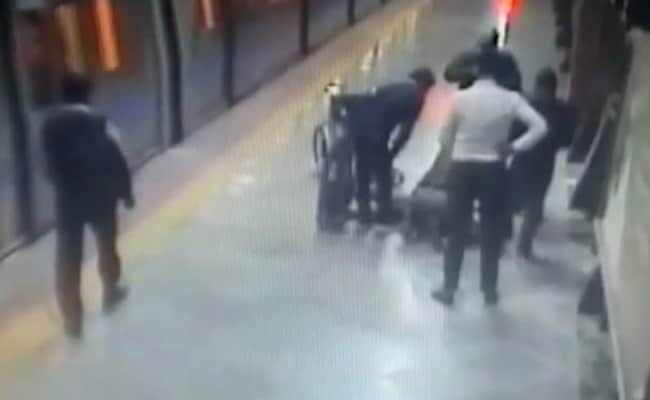 A CISF jawan today saved the life of a 45-year-old man.

A CISF jawan saved the life of a 45-year-old man, who fell unconscious at a Delhi metro station, by performing the CPR medical procedure on him, an official said on Friday.

The incident took place at the Indraprastha station around 7:40 pm on Thursday.

The man fell unconscious at the platform just after getting off a train (between Dwarka-Noida) and CISF constable Anil Gunja noticed this as he was on CCTV feed-monitoring duty.

The man, a resident of Uttam Nagar East in the city, was rushed to a nearby hospital and the doctors later said his condition was stable, the official said.

CPR is an emergency life-saving procedure that is performed when the heart stops beating.

The Central Industrial Security Force (CISF) guards the Delhi metro network and has saved numerous lives by making timely interventions over the years.

No Order For Metal Lathis: Delhi Police On Cops’ Photo In New Armour