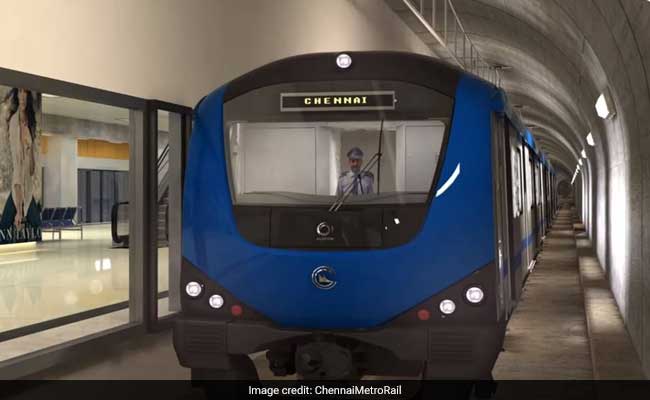 The new Chennai Metro rail fare will come into effect from February 22.

Tamil Nadu Chief Minister K Palaniswami on Saturday announced a reduction in the maximum fare for travel in the Chennai Metro rail by Rs 20, thus bringing down the fare for full length travel to Rs 50 from the present Rs 70.

The new CMRL fare will come into effect from February 22.

A further discount of 20 percent of the fare will be provided to those opting to book tickets using the QR code or CMRL smart cards, an official statement said.

“Accepting the demands of the people that the Metro Rail fares should be decreased in order to further enhance the patronage of CMRL service, the government has announced a cut in the fares for the benefit of the public,” Mr Palaniswami said in the statement.

Similarly, those utilising the monthly passes could travel till the newly extended line to Wimco Nagar at the current fare of Rs 2,500.

Further, he announced a 50 percent discount on the daily tickets (not for daily passes) for travellers on Sundays and public holidays.